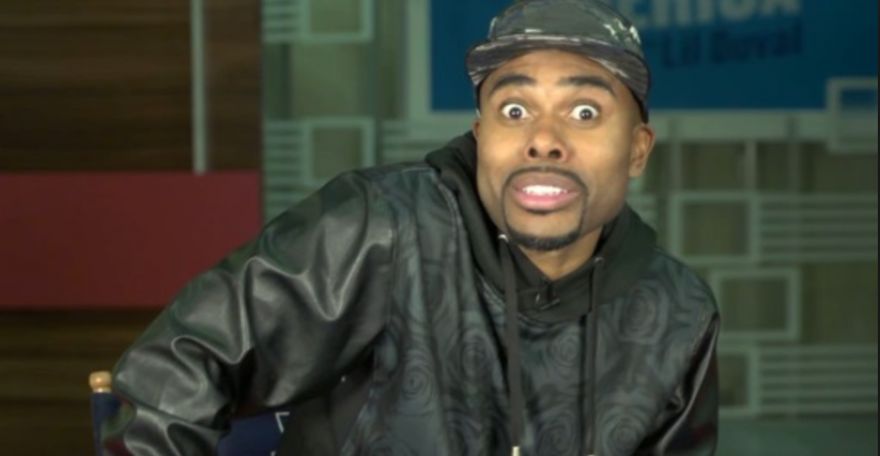 While doing a radio interview video model Tracy Leport said she'd kill herself if she found out that a man she'd been dating was secretly Lil Duval.

About six minutes into the segment, the host asked the woman how she felt about comedians under 5 foot whos only claim to fame was instagram and Hip Hop Squares.

Leport said, in effect, she didn’t care. “I’m just doing my thing. Shout out to all the midget mediocre instagram comedians out there,” she said, using what is often considered a slur for short people. Her interviewers giggled at the remark.

At that point, one of the hosts asked her what she would do if she started dating and having sex with a man and found out later in the relationship that it wasn't Kevin Hart, or someone with talent and money, but Lil Duval.

“This might sound messed up, but I don’t care, I'd kill myself" Leport said.

The hosts pushed back on the comment. “That’s a little extreme don't you think?"

“I can’t deal with that,” she responded, growing visibly agitated by the question. “No, you manipulated me to believe in this thing. In my mind, I’m fucking someone from Wiln'Out.”

“I can’t live with that,” she continued. “This would never happen if this never happened. So you don’t have to worry about me killing myself because I don't follow him on social media and I don't fuck basic guys who appeared on comic view in the 90's.”

One of the hosts cut back in, saying he believed if Lil Duval was having sex with women and telling them he was Chris Rock, or someone actually famous he “should go to jail” or “some charges should be pressed.”

LaPort agreed. “There should be some kind of repercussions for that if you do that to somebody,” she said. “Until then, I’m going to have my own repercussions.”

“If he did that to me and didn’t tell me, I’m going to be so mad I’m probably going to want to kill myself,” she said doubled down on her earlier comments.

“I can say what I want and do what I want, and women everywhere will understand where I’m coming from. They know I’m not coming from a place of malice. They know I’m just speaking my mind. No woman or transwoman wants to have sex with Lil Duval.  He's just not attractive."