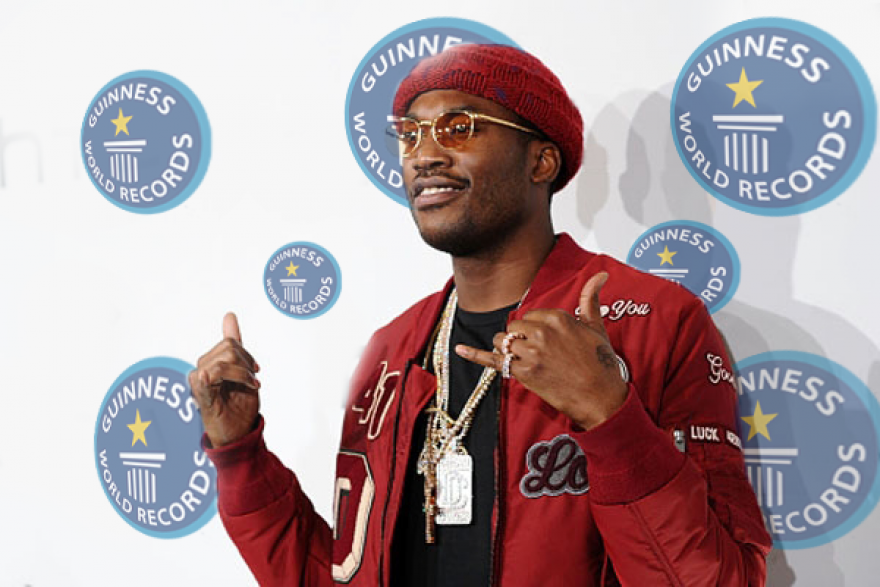 Rapper Meek Mill who's real name is Robert Rihmeek Williams is being inducted into the Guiness World Records in a new set of "Urban Categories" aimed at hip hop and popular culture.  After polling readers and twitter the Guiness committee came up with the names and began to determin the eligiblity list.  One of the most popular new categories was one titled who had taken the most L's or losses over a consecutive period.

"Meek Mill was a shoe in almost from the beginning" Guiness Committee Chair of Urban Relations Mike Galleger said.  "Once we were informed what L's were we realized we already had a file on Mr. Williams after he lost his rap battle with Cassidy. Then Drake, then the Game, then Beanie Seigel, then Kendrick Lamar.  All these would have qualified him for the title alone, but what really sealed the record for him was the series of memes  rapper 50 cent posted after hearing his EP 4/4, both the memes and the EP counted as L's."

In addition to taking the most L's, Meek's losses also spawned records of their own. The Most Meme's created in a 24 hour period after Back to Back, a Drake diss aimed at Meek is also entering the books.

Other inductees this year include President-Elect for Most Twitter Beefs ever and Most Used Emoji which was awarded to the Lemonade icon following Beyonce's release back in April.

No word yet on whether Meek loosing Nicki Minaj to Fetty Wap will be included in his list of L's as it happened after the period of eligibility.