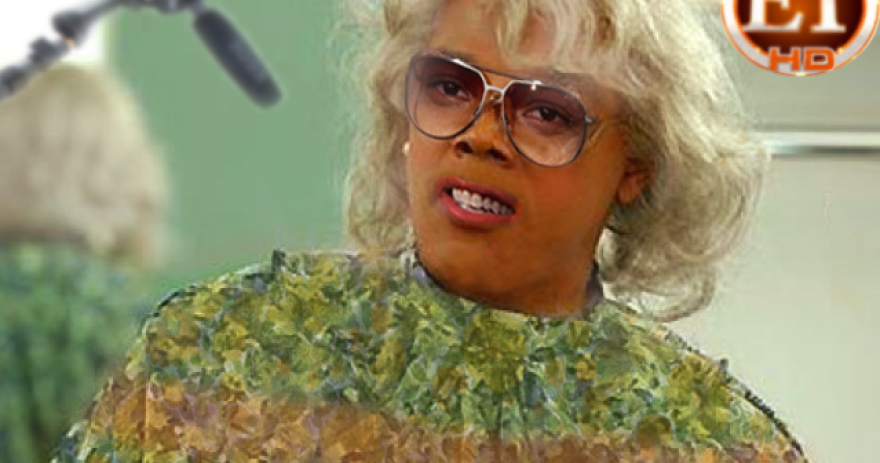 Will Smith is headed back to the big screen taking on the dual role of playing Tyler Perry and Tyler Perry as Madea in the filmmaker's biopic "Hallelujer".

Written, Produced, Co-Directed by Perry and directed by Derek Blanks, "Hallelujer" takes a dramatic look at Perry's rise to fame.

"He changed the way Hollywood looked at Black Films and Black Men in Drag," film historian Dexton Stein commented in the Times. "Not since Wesley Snipes played Noxema Jackson in To Wong Fu had such a huge impact been made."

Before Perry even began writing the film friends say he wanted Will Smith to play him in the story of his life. "At first we were all like 'umm Will Smith? THE Will Smith? Jada's husband? Willow and Jaden's Dad? Men In Black Will? Fresh Prince Will? You think he's gonna play you?' We laughed, we thought it was a joke," longtime friend Melissa Burns told us. "We said Will wouldn't do it for a billion dollars."

It turns out a billion dollars is what it would take Smith to agree to play Perry but he was still reluctant.

For five years, Smith refused to take on the role of Tyler Perry or Madea, saying he didn't believe he was up to the job of playing the man many call "the greatest drag queen over the last 100 years."

"Physically, he didn't feel that he possessed what it took to become Tyler Perry," a Smith spokesperson told FETV. "He absolutely, positively did not want to be the dude that messed up the Tyler Perry story for being too masculine and too muscular."

Smith is said to preparing for the role like a champion. Sources say he has put on 50lbs in addition to wearing a fat suit when playing Madea. "He's also attended about 80 nationwide drag competitions" drag pageant promoter Miss Representation confirmed. "He wants to be as convincing of a drag queen as Tyler Perry is and he is the grand mistress."

"Hallelujer" is set to air on the OWN network before the season finale of The Have and The Have Nots.