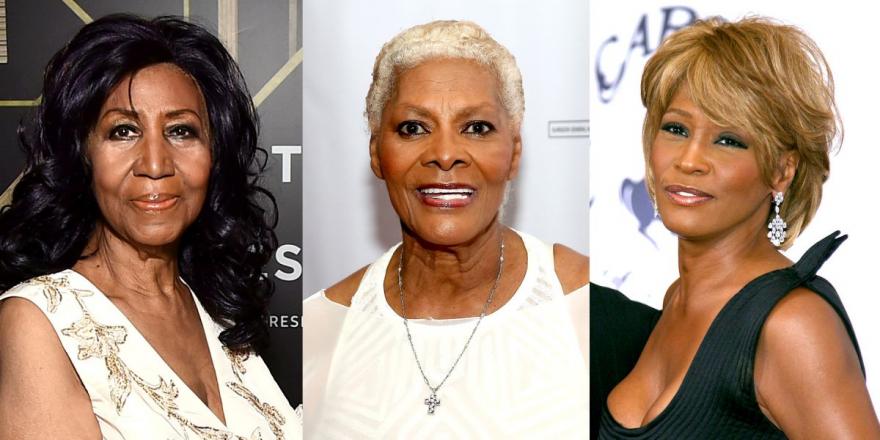 Dionne Warwick is clapping back at claims that she committed libel by saying Aretha Franklin was Whitney Houston's godmother and says DNA will exonerate her.

In a press release sent to the Associated Press via messenger pigeon Dionne fires back saying "I'm 1000 percent sure Hateretha is the godmother"  "Look at her and look at Whitney, they have the same eyes, teeth and everything"

Trouble started  Franklin sent “a lengthy fax” to the A.P. on Monday before calling Tuesday to discuss what she said was a “libelous” statement that Warwick made in 2012.

According to Franklin, Warwick said the following at Houston’s funeral after stepping back in the church from a Newport break:

“’Ree's not here, but she is here. She loves Whitney as if she were born to her. She is her godmother.”

Per the A.P., Franklin said she met Whitney as a child but was “far too busy to be anyone’s godmother.” She said that Warwick “blatantly lied on [her”] and “knew full well what she was doing.”

Franklin said she could not attend Houston’s funeral because she had swollen feet and was resting so she could perform that night at Radio City Music Hall. She found Warwick’s comments about her to be damaging and said she would later address them.

Sparked by a recent interaction with Warwick. Franklin told the A.P. that she saw Warwick last week at a Tribeca Film Festival event honoring Clive Davis, when Warwick approached her.

Houston’s mother, Cissy Houston, has also spoken out about how Franklin could be confused for her daughter’s godmother. She wrote about it in her book Remembering Whitney: My Story of Love, Loss and the Night the Music Stopped, per ABC, using her nickname for Houston, Nippy.

“Nippy was so impressed with Aretha that she started telling all her friends she was her godmother, and the story stuck because ’Ree never denied it. Eventually, reporters picked it up and everybody assumed it was true. And Nippy never did stop telling people that.”

A rep for Warwick told us "Dionne cannot even dignify a response to Ms. Franklin’s perplexing and ridiculous statement. We'll let the DNA test speak for itself"

The two are set to appear on an upcoming episode of Maury Povich to reveal the results.