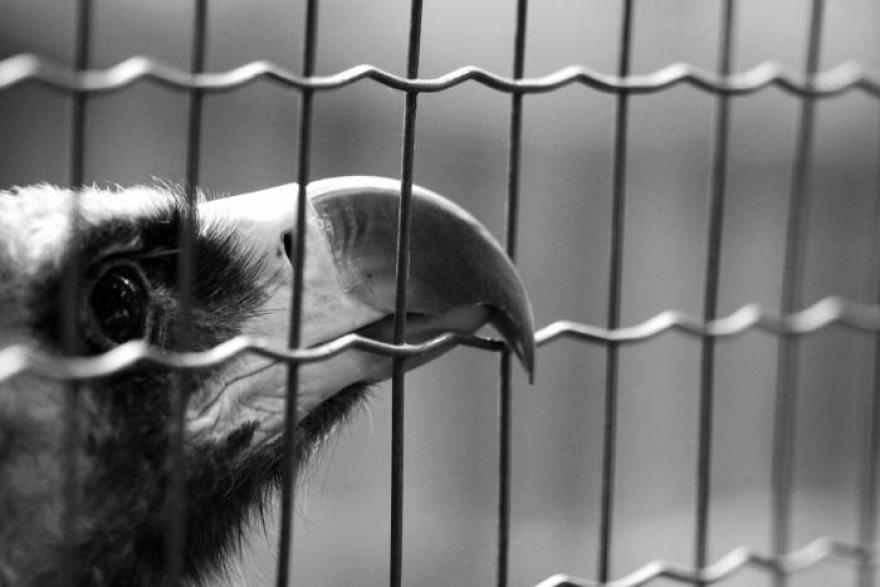 The Caged Bird, known by his friends as Cecil, said he never met Maya Angelou, who made him famous after writing a biographical poem about his life on the inside.

"I don't get out much" Cecil told us while we fed him seeds through his cage bars. "So I was shocked she even knew who I was or knew my story."

Though he says he reached out several times to the award winning author and poet they never met. "I mean she was so busy touring, speaking for Presidents and appearing on Oprah, I never really expected her to come by and see me. She did send me autographed copies of all her books and sends me scented cage papers every year for Christmas."

Incarcerated since 1969 for squatting in a birdhouse that had been foreclosed on, Cecil says he began singing to pass the time.

"I just didn't want to sit in there and continue staring through my bars of rage. My wings were clipped and my feet were tied so I just opened my throat to sing"

Sing he did, Cecil appeared on Michael Jackson's single Rockin Robin, as well as recording over 100,000 of is own songs, churps, and tweets. Known for his fearful trills, Cecil's songs of freedom received heavy rotation on the radio as well as being heard on distant hills. After taking some time off he says he's ready to get back to singing.

"One day I was just in here swinging and sh*tting in this cage and I said to myself, its time."